So difficult to get a photo of them now as they are constantly on the move! 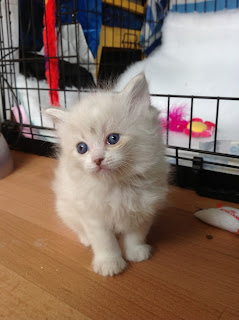 Flossy's darling girl is a cutie (reserved for Tamsin , Robin and Gabriel) 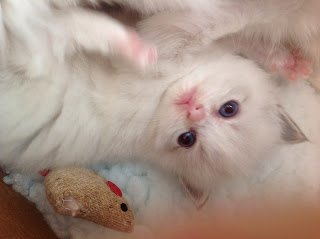 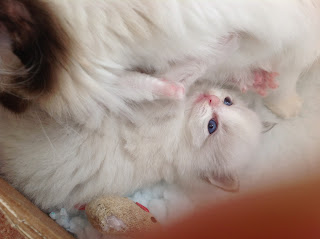 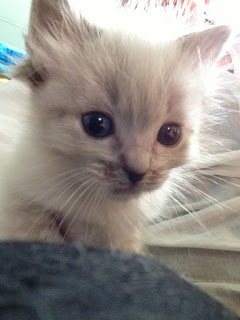 Tiigy's little seal tabby boy is a little character . He has had a bit of a poor start, but is coming on leaps and bounds now. However, he will be with us for a while longer than the rest until I an sure his fit for a new home. He is totally adorable, so it'll be no hardship to have him around ( only hope I can part with him when the time comes)! I've nicknamed him Snuffles as as soon as he gets near me, he starts loud snuffling for milk as despite now being on solids, he expects to be bottle fed whenever possible ( ever 4 hours still!) 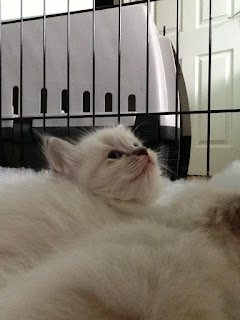 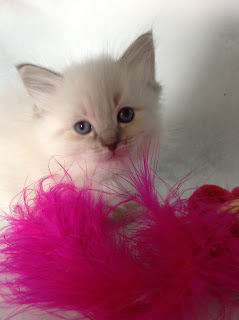 Tiggy's Blue tabby girl is going to Germany to live with my dear friend Sue who's only came to view them but fell in love!- I am sure you can see why she won her heart! 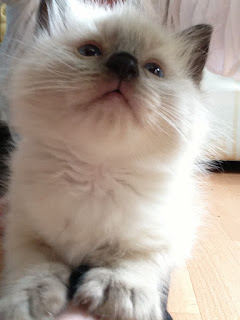 Tiggy's seal boy is a real bruiser, into everything, first out of the cage and today climbed up the side of the bed, he'll be going to  Robyn  and Alex in Brighton