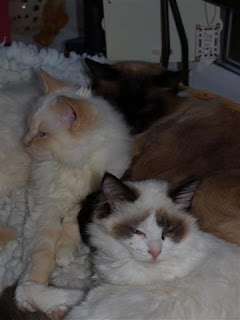 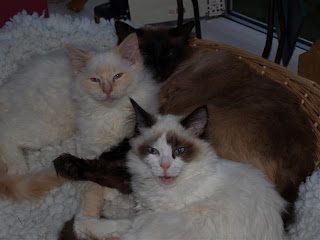 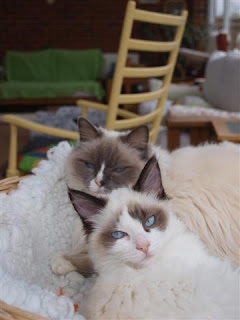 As you can see Tinkz has made herself very at home ! She has definatly won everybody over! I caught her mid yawn having just woken them in the 2nd photo which is why she looks so odd! But it was a great photo of Aslan our other new addition , I would like to introduce Aslan,evidently means lion in Turkish! He is the Cream mitted (and going to join Tyler as our other stud ). Aslan is in the first two photo's with Tinkz and Coco he's gorgeous and will be a very handsome big boy. He is as large as Tinkz but is 5 weeks younger!
Posted by Tx at 09:18