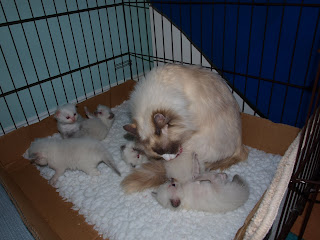 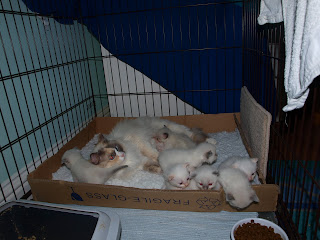 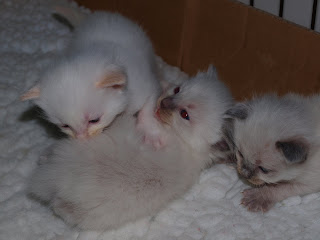 Well , thought I had better let you see some more photo's, as they are growing up fast, they now look more like kittens than aliens , and are starting to play with each other. We have moved them into a bigger box from the bed as poor Missy couldn't lay down to feed them in it because there are so many of them. I'm now giving them all a little extra feed to help her out. So now as soon as they hear my voice there is a rush to try and climb out of the box to be first in the queue for the milk! They are all weighing between 320- 340gms so not far off the weight of her kittens last year at the same age. So so far so good!
Posted by Tx at 01:12