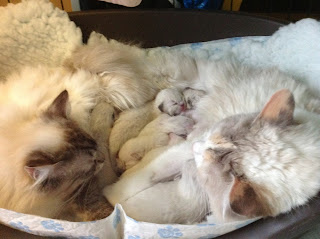 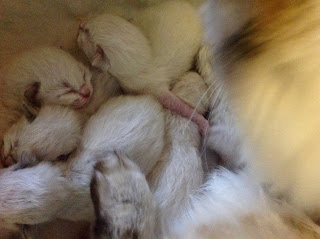 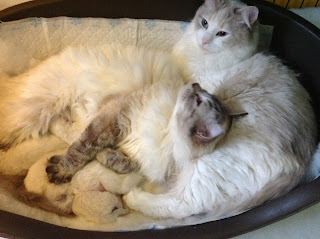 It' s been touch and go for Flossy's little one since his birth, it lost some much weight but yesterday morning he got up to birth weight and decided that it would feed well from both Mum's as well asthe supplement   feeds a good sign that his strength is growing, that and the fact when I weighed him before his feed ,he weighed more than the time before. He weighed in at 129gms this morning so fingers crossed we are moving in the right direction and the night Broken  nights I've had to feed him are paying off.